I want to parameterize the Variable Condition field present inside Scenario >> Execution Options >> Test Flow Logic >> Variable Condition. I want to take the value from "Environments" or "Data Sources". The traditional way of specifying "${some_variablename}" is NOT working 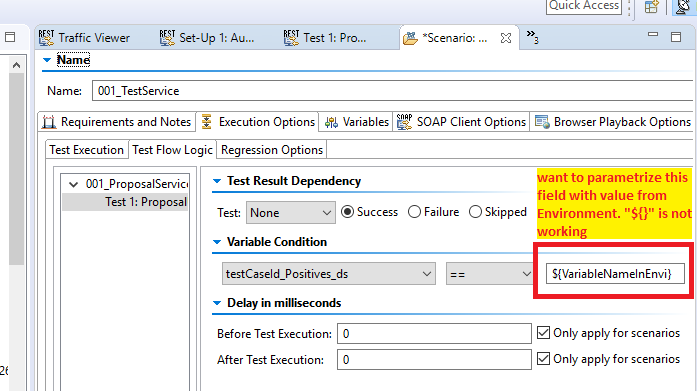