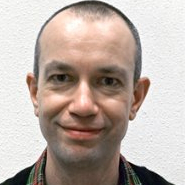 Currently it is sadly only possible to set an Active DS within a Data Group through using the dropdown selection or a static Environement variable. However during iteration of my test, I want to dynamically set the Active DS e.g. through a runtime variable, e.g. triggered from an overall DS.

Will this be made possible in a future version of Parasoft SOAtest? This will make it more agile and powerful.

Same goes for dynamically selecting the sheet name of an Excel DS.