This by itself, however, is not enough. Manually analyzing load test reports can be time consuming and may require special skills not every developer possesses. Without the ability to automate load test report analysis, reviewing performance test results becomes a tedious time sink. Vital performance information may also get overlooked. In such scenarios you may be running performance tests continuously, but the benefit of them will be limited.

LoadTest Quality of Service (QoS) metrics are one of the key features for automating the analysis of performance test results. QoS metrics reduce large amounts of data in a load test report to a set of success/failure answers about your application performance. LoadTest offers a rich set of QoS metrics that range from ready-to-use threshold metrics to custom scripted metrics that allow you use the LoadTest API for advanced load test data analysis.

To prepare your performance tests for automation, you need to review the QoS metrics in your LoadTest projects. Run a LoadTest project and examine the report: all success and failure criteria that you use to manually analyze a load test report should be represented as QoS metrics. Convert as many metrics as you can into “numeric” metrics. A numeric QoS metric not only returns a success/failure result, but also provides a number as a key performance indicator for that metric. For instance, a metric that validates a CPU utilization threshold, as a numeric metric would also provide the actual CPU utilization value. Numeric metrics are widely used in Load Test Continuum to plot metric performance over time (See Fig. 1). Once you’ve reviewed the QoS metrics of your Load Test projects, it is time to set up the LoadTest Continuum for performance data collection and analysis. 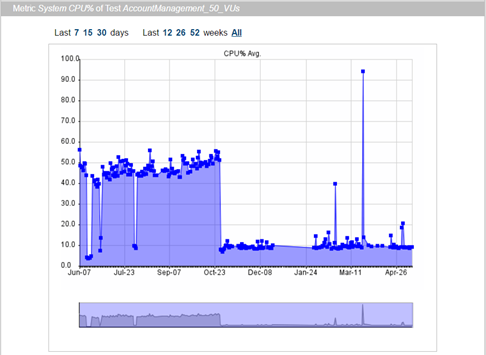 Deploy and configure the LoadTest Continuum ltc.war Web application archive (available in SOAtest/LoadTest install directory starting with version 9.10.2) as described in the “Load Test Continuum” section of the LoadTest documentation.

Combine your LoadTest projects into .cmd scripts for batch execution. Load Test .cmd scripts are how you can specify groups of projects that will make up different sets of performance tests, such as the “smoke” tests, daily tests, or weekend tests mentioned previously.

Use LoadTest Continuum to Review and Analyze Performance Test Results

LoadTest Continuum serves as both a collection point for your LoadTest reports and as an analysis tool that organizes load test data from multiple runs. LoadTest Continuum organizes the data into a pyramid of information that allows you to review your performance test results at various levels of detail: from high-level daily summaries at the top to QoS metrics results at the core, to detailed load test reports at the bottom (See Fig. 2). 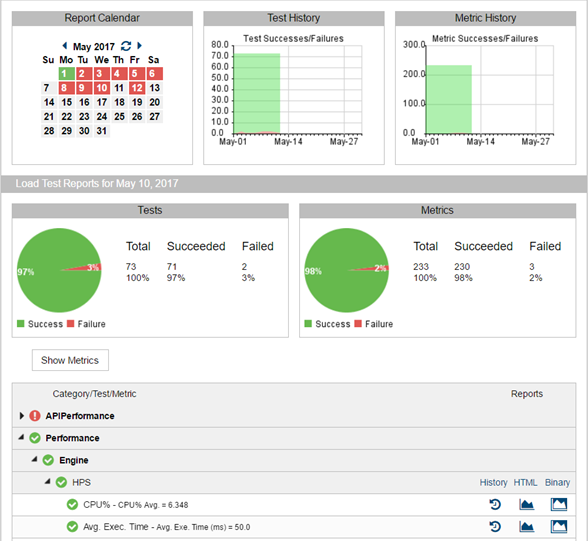 Consider the following workflow as an example of a regular (daily) test review: 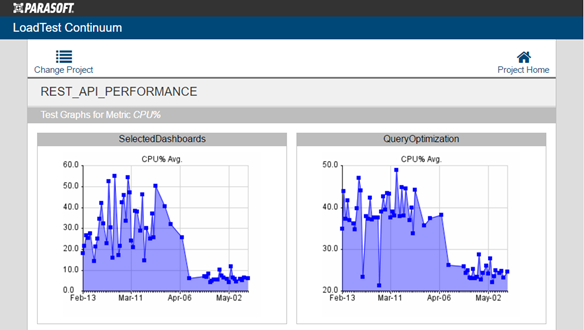 To get the full benefit of performance testing as a part of the continuous delivery pipeline you need to set up an effective mechanism for performance test results analysis automation. LoadTest and LoadTest Continuum provide you with features to achieve that goal.