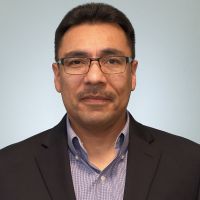 New features include the support for MISRA C 2012 Amendment 3, which extends the standard with new rules to cover C11 and C18 language extensions. As a participant in MISRA’s C++ working group, actively developing the new edition of the C++ coding standard, Parasoft was granted permission to release a subset of draft rules from the new standard.

C/C++test 2022.2 comes with a draft test configuration of the new MISRA C++ 202x standard. Users can now scan their code with an early version of these C++ static analysis checkers to start improving their C++ code before the public release of the standard!

C/C++test 2022.2 also comes with enhancements that support the most up to date 2022 CWE Top 25 and On The Cusp weaknesses lists. In addition, stubbing of C++ templates, reporting only on new problems against defined baselines in GitHub, GitLab, and Azure DevOps, and a collection of newly supported development toolchains.