How do I change the browser that a JUnit test in Eclipse runs on? 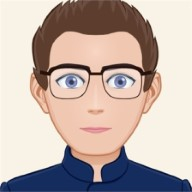 I recorded a web session using the Parasoft Recorder in Chrome and it runs well using Chrome in Eclipse but I would like to run it in Microsoft Edge. Looking at the Parasoft Preferences, I have the Selenium WebDriver location specified for Chrome and it is not required for Edge. Showing the Command Line in the Selenic Configurations, shows jar files (3.141.59) for Safari, Opera, IE, Firefox, Edge, and Chrome. However I don't see any place to change which browser is used to run the JUnit test.
Also, is it possible to change the version of ChromeDriver associated with a JUnit test after it has been created. I have a few tests that were created using Parasoft Recorder in an older version of Chrome. In there a way to update it to run in a new version of Chrome, or Edge?
Thanks!